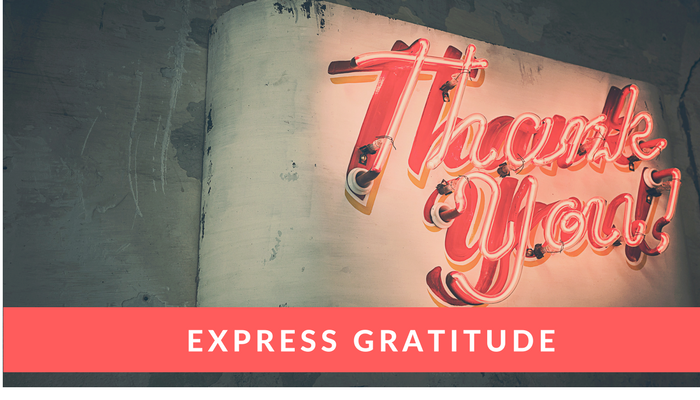 In my last blog entry, How to Sell Your Ideas, I showed how asking for advice rather than resources was a powerful first step in selling a person whose support or resources you need. When people help you and your idea, even with a little bit of help like giving you advice, they become a little bit more receptive to your idea. In this post we take it a bit further by discussing what to can do to amplify the effect after you get advice.

Let’s say the person whose support you need is Brenda. Last week you told her that you needed help from someone in marketing. She introduced you to Bill.

So you go to Bill, who helps you better understand what customer’s might need from the new service you propose. As you talk to him, you see the opportunity to make a small improvement of your messaging and your business model. You go back to Brenda and tell her how Bill contributed to your idea of how to go to market. You explain the mistakes you can now avoid. You give genuine thanks.

What happens to Brenda’s attitude toward you and your idea? Before when she gave you a little help it made her friendlier to your idea. Now it turns out the help she gave was bigger than she had thought. Because she helped it more, she likes your idea more. More genuine gratitude for the advice she gave makes her opinion of your idea more positive. You have moved forward again.

Gratitude can even help convert someone who is dissing your idea. Suppose you are part of a team meets once a week. Every time your idea comes up, George criticizes it harshly. It is not only getting under your skin, it is also slowing you down by causing others to have less faith in you and your idea.

Here is what to do. Listen carefully to George. Listen to his criticisms with the goal of finding, among the issues he’s identifying, ones that you believe would be worth checking out. Perhaps you are you are not ready to see his criticism as help during the meeting, so just don’t get into a fight. Later, search for issues he raised that you think are interesting and do a little research on them.

If you research with an open mind, to your surprise you will probably find that one of more of the issues that George raised turn out to be legitimate concerns and suggest some changes in your plan.

In the next week’s meeting you thank George, “Thank you for raising that issue last week. I did some research and what I learned was important. You have helped me avoid a significant mistake. Thank you.”

Consciously or unconsciously, the fact that George has helped your idea feels good and makes his a bit more open to it. He moves toward a more neutral position. Keep accepting his help and he will probably end up on your side.

But here I have to give a big warning: GRATITUDE ONLY WORKS IF IT IS GENUINE.

If you pretend to be grateful but aren’t, it will probably make things worse. Nobody likes being BSed. And human beings, at least at the subconscious level, have pretty good BS detectors.

To apply gratitude effectively you have to feel it. To feel gratitude when your cherished idea, is being criticized is not necessarily easy. I like to say it requires emotional weight lifting. It’s about getting your ego out of the way, not defending yourself and instead seeing the good in others. Listen as generously as you can. Enjoy checking out the issues raised. Learn from them. Be glad you did. Then you can be genuinely thankful.

There is a bonus in gratitude: feeling gratitude and being happy are almost the same thing, especially when gratitude includes being grateful for the opportunities you get to be of service to others.

Some folks increase their overall capacity to feel and express gratitude by at the end of the day writing down a couple of things they are grateful for. But whether you like that idea or not, remember to express genuine gratitude for criticisms so you can turn what feel like attacks into help. As they say, it takes two to fight. Turn your enemies into friends.

The series so far: