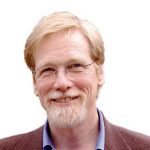 Gifford Pinchot III is an author, a serial intrapreneur, a consultant, and a thought leader. He has started five companies and sold four of them. He coined the word intrapreneur with his wife, Libba, and wrote the book that started the intrapreneurship movement. Intrapreneuring: Why You Don’t Have to Leave the Corporation to Become an Entrepreneur (1985) explained how the intrapreneurial spirit can flourish within larger organizations to the benefit of both the company and the employees. The book was a NY Times bestseller and published in 15 languages. The Intelligent Organization, written with his wife, Libba, took intrapreneuring a step further, to include the everyday work of ordinary employees.Since 1983, Mr. Pinchot and his wife Libba have led Pinchot & Company, a consulting and training business that has served over half of the Fortune 100 and helped them to launch over 700 new products and businesses. The company delivers live and online learning and accelerators as well as coaching and cultural interventions to increase innovation.

In 2002, the Pinchots co-founded and led the Bainbridge Graduate Institute, the first school to offer an MBA in Sustainable Business. In 2016, it merged with Presidio Graduate School.

Mr. Pinchot has received numerous awards in his lifetime, among them, Executive Excellence, listing him in the top 20 of leadership thinkers. In 2009 he was awarded the Olympus Lifetime Education Award and in 2010 he and his wife were both named Purpose Prize fellows. In 1965 Mr. Pinchot graduated from Harvard University with honors in Economics