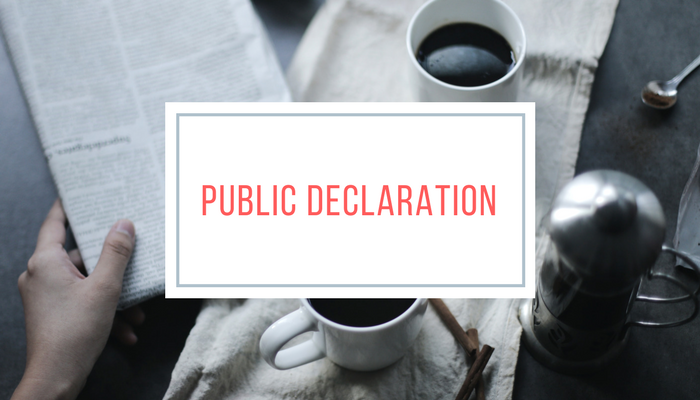 In the first post in this overall series of blogs on “How to Sell Your Ideas,” I spoke about the human tendency to reduce cognitive dissonance by changing one’s beliefs to make everything fit together neatly. Robert Cialdini’s tool of public declaration is another example of this principle. If you can get someone to say something publicly, they will later tend to believe it.

Here is how this can work for you.

If you can get an important person to speak favorably about your project in public, they are far more likely to support it in the future. During the Clinton administration, when Pinchot & Company was working on reinventing the Forest Service, we got to a connection to Al Gore’s speechwriter — much easier than getting to talk to Al Gore. By getting the speechwriter to write an appreciation of our project into a Gore speech, he became more likely to support us, which was quite helpful later.

Working with influential people in preparation for a meeting in which the plusses and minuses of your idea will be discussed can have two kinds of impact:

Find ways to get people to stand up for your idea publicly.