The Risk of Not Doing It 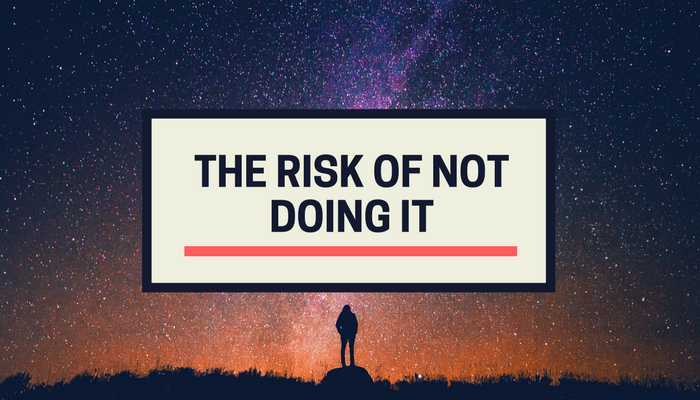 The reason for not doing an innovation is often the perceived risk of doing it. Somehow the large potential upside of a proposition does not weigh as heavily as the smaller potential downside.

You can see this in yourself.

Suppose you were offered a bet on an honest coin flip: You get $1 million dollars if it comes up heads, but have to pay $900,000 if it’s tails. I wouldn’t take the bet because winning a million dollars would not be nearly as good as losing $900,000 would be bad. For any given amount, losing it is worse than winning it.

How can we handle this issue?

If you can make the risk of not doing it seem larger than the risk of doing it, which is often the case with disruptive innovations, then risk aversion is on your side. A new innovation that will disrupt the existing business can often be funded with an amount that does not challenge the survival of the business, while letting a competitor implement the disruptive innovation first may be the end of that business.

Making the argument that the risk of not doing it is greater than the risk of doing it is difficult because it does say, “This idea will radically change the business.” Denial is one easy answer, but not a good one. Now that we are in an age of frequent disruption, these arguments are getting easier to make.

As one wise executive put it: “I would rather eat my own lunch than have someone else eat it for me.”